In 1939, at his 2nd Grand Slam appearance, Asboth played the opening match of the Wimbledon Championship with the No.1 seeded Bunny Austin in the first round. The Associated Press reported Britain’s International tennis championships will open tomorrow at the All-England Lawn Tennis club with a storybook match between II. W. (Bunny) Austin, the favorite, and a wideeyed young Hungarian genius named Joseph Asboth. Asboth is a boy from the Hungarian countryside who started playing tennis a few years ago with a homemade racquet and Is already good enough to furnish a climax for Wimbledon drama in the first act.

Britain’s hope is Bunny Austin. He is far from being in good shape and was breathing like an outboard motor when Joseph Asboth of Hungary pushed’him to 22 games in yesterday’s final set.

Chicago Tribune on June 26, 1939 – Preview about the opening match of Wimbledon Championships between Austin vs Asbóth 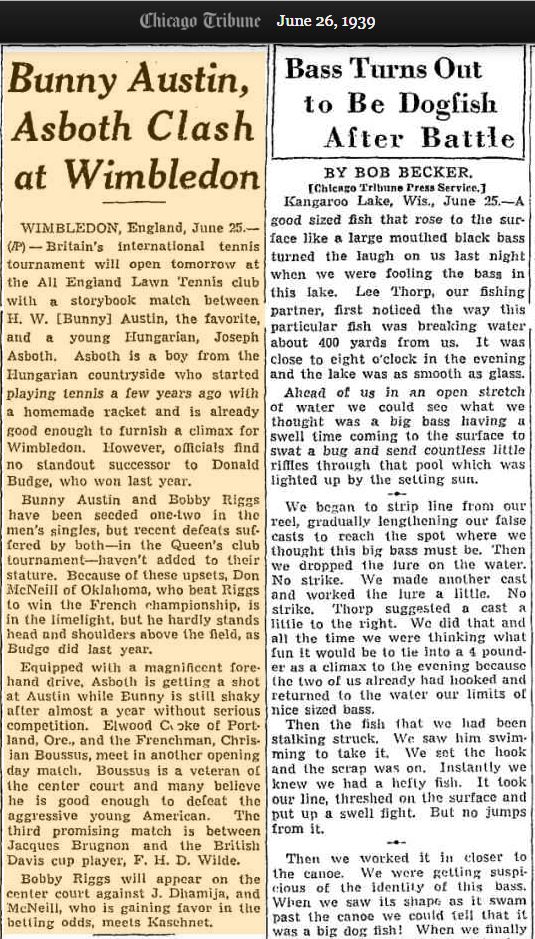 San Bernardino on June 26, 1939- Preview about the opening match of Wimbledon Championships between Austin vs Asbóth 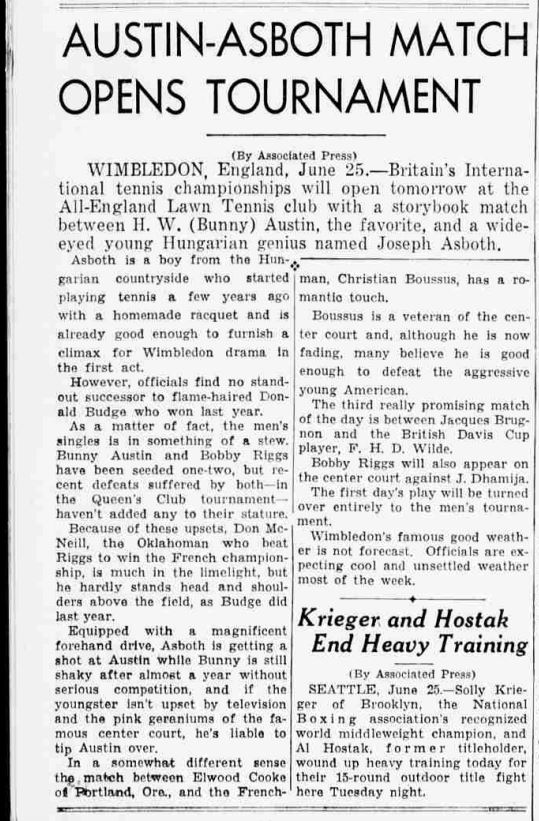